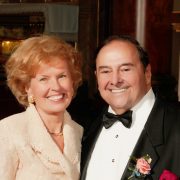 Joan was the matriarch of her family and of the Club. She was a loving wife, mother, grandmother, sister, aunt, cousin, and friend. Joan was never more proud of our work than when we expanded to serve girls a few years ago, and she was equally supportive of our expansion to a second site. Joan and Gene loved their city and shared mutual compassion, responsibility and generous hearts for the less fortunate in our region. Known as “Sweet Joan” to all that knew her, Joan embodied kindness, warmth and grace.

Joan was born in St. Louis on September 19, 1931. She attended Roosevelt High School, where she excelled academically, graduating at 16. Joan was a talented artist and a member of Gamma Delta Phi sorority in high school. After graduation, Joan, along with her sister Jean and friends, rode the Admiral Riverboat, where Joan was approached to dance by a very handsome Gene Slay.  Four years later, in June of 1952, they married and raised seven children and became the proud grandparents of twelve.

Joan was involved at St. Raphael the Archangel’s parish, St. Joseph’s Academy and CBC High School during her children’s school years before moving to their home in west St. Louis County. While she enjoyed watching and attending Cardinal baseball games, the Opening Day appearance by the Clydesdales was really her favorite part!

Always smiling, Joan’s beauty radiated from the inside out. We will cherish her memory in our hearts and miss and love her forever. 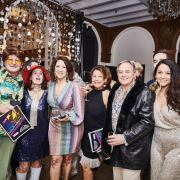