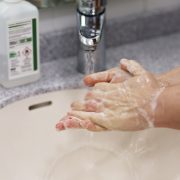 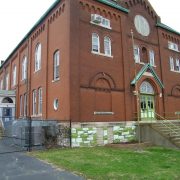 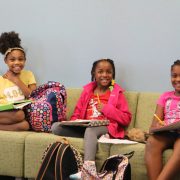 The Gene Slay’s Girls & Boys Club is proud to announce that the Saint Louis Mental Health Board has awarded GSGBC a three-year grant to hire a full-time Licensed Clinical Social Worker and provide trauma-informed care to our members. GSGBC is in the process of implementing the Sanctuary Model of organizational change and responsive trauma care. Some common examples of trauma that our kids may face include physical, psychological, or sexual abuse; violence against one’s family members/close friends; exposure to neighborhood violence; or living with household members who are mentally ill, suicidal, substance abusers, or were incarcerated.

As a result, GSGBC will evaluate and update all organizational systems and policies to ensure that they are trauma-informed and culturally competent. GSGBC will implement the Sanctuary Model in our extended learning environment where GSGBC’s existing core competencies provide a strong base of supportive and impactful resources.

Research indicates that regular exposure to trauma from a young age has lasting effects on the brain’s development. Areas such as the hippocampus, which is involved in learning and memory, develop rapidly in early childhood, while the prefrontal cortex, which regulates thoughts and attention, matures more rapidly during adolescence. As described by one pediatrician, these children are living in a “constant state of emergency,” and it has very real implications for their brain development, academic achievement, and social functioning.

Children who have experienced trauma may find it more challenging than their peers to pay attention and process new information, and evidence suggests that some of these children develop sensory processing difficulties which can contribute to problems with writing and reading.

Knowing the areas where its youth live, GSGBC knows that its members are negatively impacted by trauma on a regular basis. In a trauma-informed environment at GSGBC, these youth will strengthen the skills they need to thrive academically and socially. 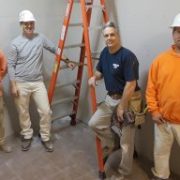 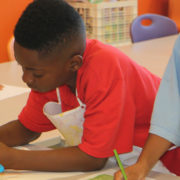 Since there is some recent national discussion about the relevance of after school and nutrition programs, we thought this summary of our own programs could present some factual, rational context to what has become a highly emotional issue.

While the Gene Slay’s Girls & Boys Club (GSGBC) is not funded through the 21st Century Community Learning Center grants in question, the fundamental question of the value of after-school programs in the lives of our kids remains.

Seventy-five percent of the 660 kids we serve annually come from single parent households in neighborhoods with high rates of crime, violence, dropouts, and food insecurity.

Food insecurity has been shown to lead to many negative consequences such as academic success, attention and behavioral problems, low test scores, absenteeism, and lack of focus.

Research demonstrates that children who live in single parent households are more likely to be food insecure. This is an ongoing concern and one of the reasons we participate in the USDA Child and Adult Care Food Program. The Club continues, as it has since 1929, to provide a safe and structured environment that empowers kids to reach their potential.

Our Club fosters the development of the whole child through academic, social, nutrition, and athletic programs. Every day after school, our kids participate in mandatory academic programs that prepare them with the skills they need to succeed in school, go to college, and thrive in the workforce.

Our kids complete their homework every single day that they come to the Club, which our staff track meticulously. For children not reading at grade level, a significant predictor of long-term success, GSGBC staff provide intensive literacy interventions provided by Missouri Certified Teachers – kids improve their reading by an average of 1.5 grades in less than three months.

This past year, the boys and girls at the Club achieved the following outcomes:

And these are just a few of the outcomes our kids achieve on a daily basis! Many of our alumni were (and are) the first in their family to go to college. Club alumni over the past 88 years include doctors, lawyers, accountants, firefighters, members of the clergy, police officers, teachers, engineers and more.

Some might suggest that these people would have achieved this without the Club. Numerous GSGBC alumni, including the late Gene Slay, testify that they know the potential pitfalls they faced based on the neighborhoods where they grew up and that the Club kept them on the right path. An alumnus recently stopped by the Club just to tell us that he believes that, “This Club saved my life.”
Our kids, parents, alumni, volunteers, and staff know the impact that our programs make on our community each and every day 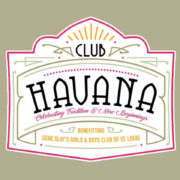 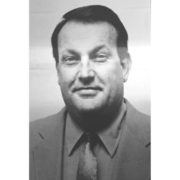 He stood well north of 6 feet and had a solid build, an imposing frame that brought Charles Michael Nash great success as an athlete at St. Mary’s High School in the late 1950s.

But Mr. Nash would often say that if not for the Boys Club of St. Louis, jail was as likely a future as high school.

“Charlie was quoted many times as saying, ‘The Boys Club kept me off the streets and out of serious trouble,’” said Andy Blassie, board president of what is now known as Gene Slay’s Boys’ Club of St. Louis.

The club helped raise Mr. Nash, then employed him, including 14 years as its executive director. Mr. Nash, of south St. Louis, died Wednesday (April 27, 2016), after an extended battle with Parkinson’s disease. He was 74.

At the club, where he began working as a program supervisor in October 1964, Mr. Nash was known for his ability to connect with children. He grew up with little of anything, including adult supervision, and knew that was the same for many of the boys coming into the club.

As a gifted athlete, he would encourage the boys at the club to give it their best. Mr. Nash was both sensitive and a disciplinarian, or as board member Ed Finkelstein described him, “gentle and stern.”

He was inducted into the St. Louis Amateur Baseball Hall of Fame in 1994. Five years later, the Missouri Athletic Club honored him with the Jack Buck Award, a recognition putting him alongside past winners such as Stan Musial, Ozzie Smith and Yogi Berra.

While Mr. Nash’s talents as an athlete got him noticed at St. Mary’s, it was his personality that stood out.

“He could command a room. Everybody would stop and listen to his stories,” said high school friend Joe Fiorino. “He could make you laugh talking about ants on the sidewalk. He mixed his words pretty salty, but they were funny.” And he did so in a way that did not offend the ladies in the room, Fiorino said.

Growing up, the meet-up spot was at 12th and Lafayette streets, known as “the Corner” and near Mr. Nash’s Soulard home. From there, he and his buddies would walk to a park, play ball or just hang out. Nobody had a car, so fun had to be found close to home, Fiorino said.

After Mr. Nash graduated from St. Mary’s in 1959, he and Fiorino went to Southeast Missouri State University. Fiorino, there on a football scholarship, lived with other athletes but didn’t like it so began rooming with Mr. Nash.

“At times, he didn’t have money and didn’t have food to eat. I had free food as part of the football program, so I’d bring him in and share meals with him,” Fiorino said.

College was a short-lived affair for both men, and back in St. Louis, Mr. Nash, Fiorino and another friend talked about a life in the military. They headed downtown, to the Navy recruiting office. But Mr. Nash stayed in the hallway while his two friends enlisted. His pull was helping children, and in 1964, Mr. Nash was hired as program supervisor at the club he had spent countless hours in as a boy.

It was that same year that Blassie, at the age of 9, and his brother, Mark, 7, joined the club, at 11th and Sydney streets.

“Charlie taught and expected excellence in everything a young man experienced at the club, be it sports, game room activity, art, studies, Christmas caroling, you name it,” Blassie, a bank executive, said in written remarks he plans to give at Mr. Nash’s funeral on Monday.

Mr. Nash retired as executive director in February 2005 but stayed on as director emeritus for two more years to ease the transition in leadership.

He is survived by his wife, Mary Rose; two sons, Chuck Nash of St. Louis and Joe Nash of Palm Springs, Calif. Visitation will be 2 to 9 p.m. Sunday at Kutis Funeral Home, 10151 Gravois Road. A funeral Mass will be celebrated at 11:30 a.m. Monday at St. Joan of Arc Catholic Church, 5800 Oleatha Avenue. 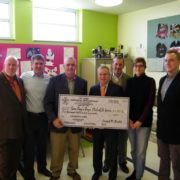 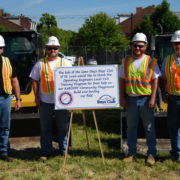 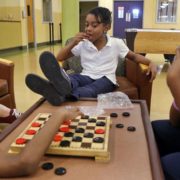